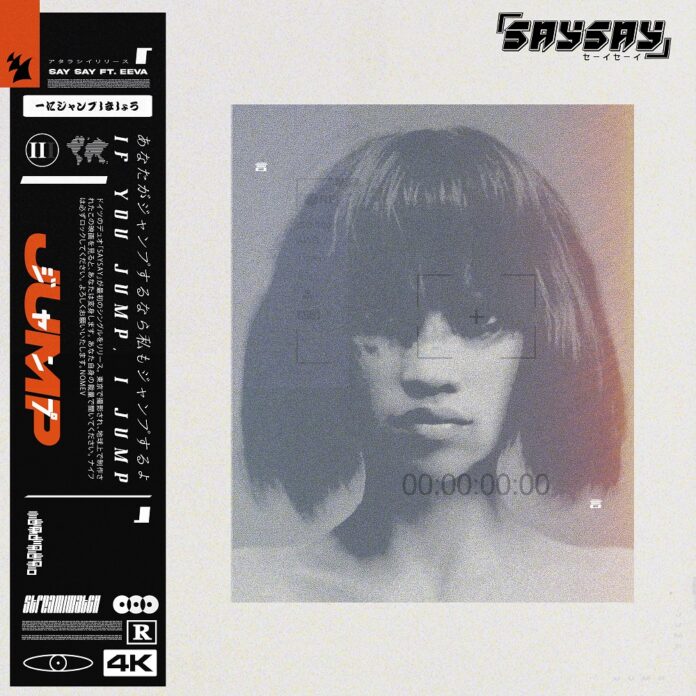 Seizo and AY AY recently debuted on Armada Music with the first-ever single under their SAY SAY alias, and they’re continuing to push the envelop with the next track under their joint alias. Underlining their knack for mixing genres, ‘Jump’ fuses breakbreat drums with progressive house melodies and EEVA’s vocals to get its powerful message across with pin-point accuracy.

Compared to label debut ‘Stories’ ‘Jump’ (feat. EEVA) heads in a darker direction. Packed with suspense and bittersweet melancholy on a driving, melodic-techno-scented bedrock, this cut shows just how versatile SAY SAY are, and that there’s a lot more to come from the Berlin-based producer duo.

SAY SAY: “We’re always looking to mix genres and create something unique. So for this song, we coupled breakbeat drums with progressive house melodies to created a sad and dark vibe. We are huge fans of these genres, so it made sense for us to combine those two worlds together. The song is about a strong bond between two people; “If you jump, I jump” means i would do anything for you, even when it hurts me. The music video of the track visualizes that connection and is a sequel to the upcoming story of our characters Ysa and Nomev.

Both AY AY and Seizo have had considerable success as solo artists before they decided to conquer the dance music world together. Diamond-certified artist AY AY, whose work includes tracks with and for the likes of Felix Jaehn, Lena and Galantis, was awarded multiple gold for his first release as a writer and producer, selling one million copies. Seizo in turn released regularly on Armada Music’s The Bearded Man label between 2016 and 2018, and was drafted in to remix big singles from respectively Lost Frequencies and Kye Sones whilst gracing Europe’s biggest clubs and events (e.g. Coco Beach in Italy, Papaya Club in Croatia, and Bootshaus, Parookaville and Airbeat in Germany).