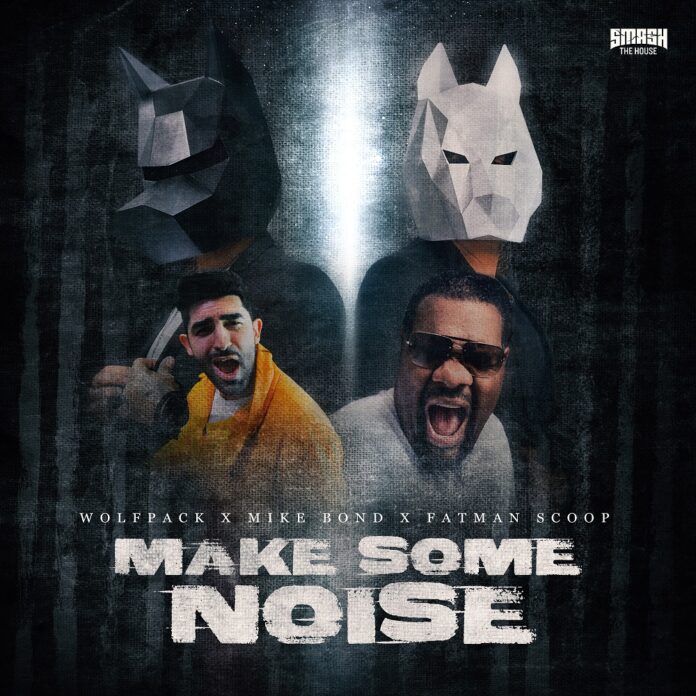 “3,2,1 let’s go!” echo’s the distinctive vocal tones of bona fide party-starter Fatman Scoop as the latest white-hot release from Wolfpack and Mike Bond comes flying through the speakers to ‘Make Some Noise’. Dropping on Belgian imprint Smash The House Records, this new slice of club banging grooves is a beat bonanzas that is going to ignite the flames of the night sky and get every house party and social distance raving rocking during the peak hour set time.

A raucous moneyshot track, ‘Make Some Noise’ would have been a prime dancefloor destroyer on the festival circuit this year but with large scale shows on hold until safer times arrive, the trio of collaborating artists in Wolfpack, Mike Bond and Fatman Scoop felt it was time to get the floors of parties taking place anywhere around the world back rocking again.

Wolfpack are an act who have toured the globe as well as scaled dizzy heights in the Top100DJs Poll, currently placed at #38, proving their craft of hit making tracks and standout DJ performances is appreciated by fans on an international scale. Mike Bond is an emerging talent who to date as paired up with artists from Richie Loop to Henry Fong on productions and is someone who is catching the eye of many of his peers. Fatman Scoop needs no introduction. A voice for music loving fans around the world, the successes of his music thanks to singles like ‘Be Faithful’ and collaborations with the likes of Mariah Carey, Janet Jackson, Skrillex and Pitbull, have only solidified him as a household name around the world.