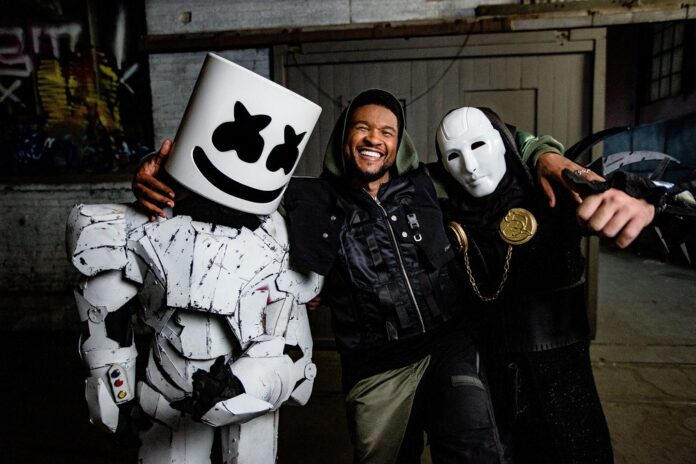 Co-written by Marshmello and Imanbek and starring Usher, “Too Much” is a high energy track about being there for the one you love: “Whatever you ask of me you don’t have to worry, there’s no such thing, that’s too much.”

Each of this trio of hit makers has enjoyed a slew of major successes in this year alone. Marshmello’s latest “OK Not To Be OK” featuring Demi Lovato topped the Billboard Dance/Electronic Digital Song Sales chart at #1 and entered the Billboard Hot 100 Chart,  joining 3 other of his Hot 100 charting singles this year including “Be Kind” with Halsey, and “Hate The Other Side” and “Come & Go” with Juice WRLD.

Usher’s latest single “Bad Habits” released last month is a Top 10 hit at urban radio and is the follow up to “Don’t Waste My Time” featuring Ella Mai which topped the Billboard R&B chart at #1 in June 2020.

Burgeoning producer Imanbek broke out wide this year with his remix of Saint Jhn’s “Roses”  and became the first Eastern European producer to enter Top 5 on the Billboard Hot 100 Chart, peaking at #4 position with over 1 billion streams on Spotify, with Rolling Stone proclaiming his  “Roses Remix” “2020’s Song of the Summer.”