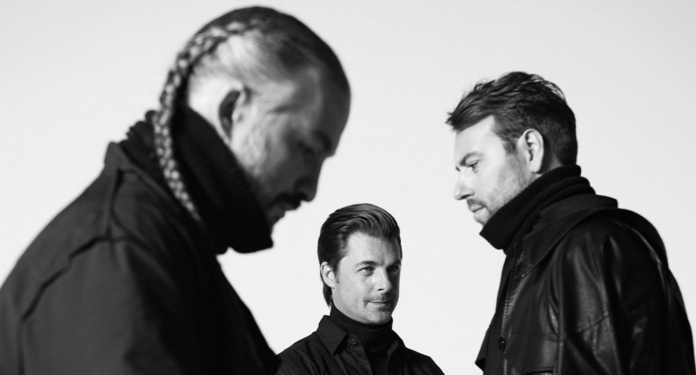 OH YES, oh yeas ! SHM are back after such a long time with “It Gets Better”, the first single of their upcoming album “Paradise Again” , which will appear as part of a new label deal through Republic Records. In a timetable described as “late 2021,” Axwell, Sebastian Ingrosso, and Steve Angello will turn in Paradise Again, the trio’s first full-length, original-only project (excluding Until One and Until Now) that will include their first productions in almost a decade.

This isn’t the single with Ty Dolla $ign and 070 Shake, “Lifetime,” that is being performed together on Jimmy Fallon this coming Monday, but rather one of the unreleased songs heard frequently on their tour. With a reverbed vocal and a slight taste of hip hop, this feels much more like Zhu than the group’s older progressive house days.

“When we came back together again, it was like we had to rediscover what this was,” says Angello. “We all have our different likings, obviously. [But then] Seb shows me something, or Ax shows me something I have never seen or heard, and it becomes this magic again that we had when we were young.”

Check out “It Gets Better” below, prepare for “Lifetime” this coming Monday, and join us all as we await the group’s debut album* later this year!