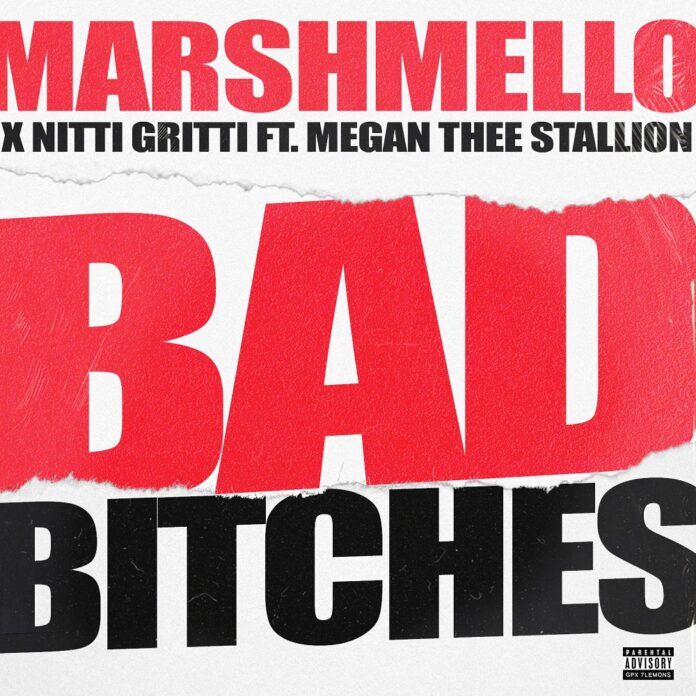 It’s been a massive year for MARSHMELLO – the anonymous DJ/producer has been releasing hit after hit, and continuously proves his ability for pushing boundaries.

On top of being nominated as iHeart’s 2021 Dance Artist of the Year, he headlined UEFA’s Champions League final opening ceremony, and returned to Fortnite with his iconic Marshmello Skin. Coinciding with all of this, he’s in the middle of releasing his forthcoming album.

For the third single “BAD BITCHES,” he teamed up with NITTI GRITTI and MEGAN THEE STALLION. When 3 artists as iconic as these team up on 1 track, the expectations are bound to be sky-high, and the final product surpasses all expectations. It’s a certified, club-weapon, accompanied by vocals from Megan Thee Stallion’s legendary performance at Rolling Loud. The instrumentation is a prime reflection of both Marshmello’s and Nitti Gritti’s highly-diverse, signature sounds.

Combining elements from house, hip hop, and everything in between, “Bad Biches” will undoubtedly be played at festivals around the globe, as the world starts to open up. With just a few short days until the full “Shockwave” album is released, fans are on the edge of their seats.

Check out “Bad Bitches” to get a preview of what’s to come.