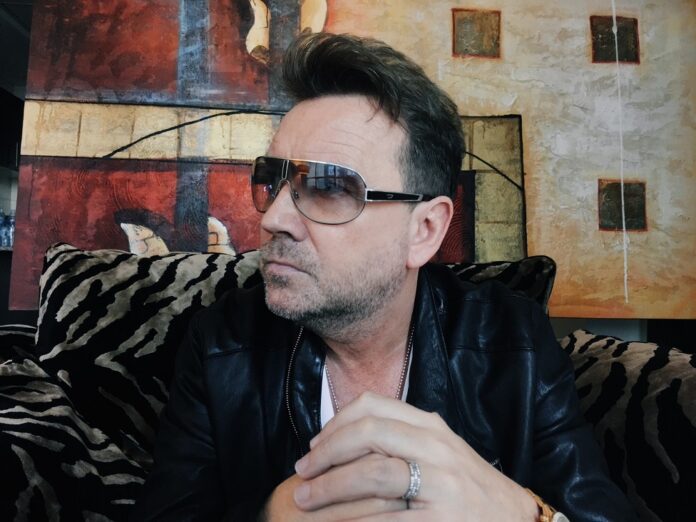 Following the critically acclaimed release of “Turn Me On” (feat. Vula) which has garnered over 300 million streams, seminal London-based DJ and producer Riton returns in 2021. This time he teams up with Ivor Novello Award winner and multi-platinum songwriter John Reid, frontman of Scottish house music project Nightcrawlers for the eagerly anticipated new single “Friday”. It’s a welcomed uplifting club-ready banger bringing much needed feel-good vibes to the New Year featuring internet stars Mufasa and Hypeman. “Friday” is out now via Ministry Of Sound Recordings/RCA Records and available on all streaming platforms.

Speaking on the release, Riton says, “Thank God for Mufasa and Hypeman, they’re the only people who should be allowed to use social media in 2021. They got a lot of people through 2020 and so it’s only right to make a song out of it and do it all again in 2021. Credit to Nightcrawlers and MK too!”. Nightcrawlers’ John Reid adds: “I just hope this record can get the world dancing n smiling”.

Speaking to Forbes, Mufasa said: “The combination of [Hypeman] hyping me through the music and me dancing, I knew we had something good, but it wasn’t until our second video that we started catching viewers, attention and momentum.” He added: “If my video can uplift at least one person every time I post, then I’ve done my job as an influencer.”

John Reid, frontman of Nightcrawlers who has written hit after hit for the likes of Kelly Clarkson, Westlife, Tina Turner, Rod Stewart and Andrea Bocelli and sold millions of records worldwide, wrote the classic dance anthem ‘Push The Feeling On’ in 1992. It became a global success spending a staggering 15 weeks on the Billboard Hot 100 and shared similar chart success in the UK following significant underground support. In 1995 Marc Kinchen aka MK remixed and reinvented the track and the MK Dub became a global house anthem, peaking at no 3 in the UK singles chart.

Rounding off the lockdown collaborators on this ultimate weekend ready anthem, is Dopamine. The brainchild of a set of visionary music producers who have produced multi-platinum smashes across the globe under various other aliases, Riton hopes the Dopamine re-edit will continue to spread much needed positivity to people around the world during this difficult time and is guaranteed to have people reminiscing of life before lockdown.

Riton’s legacy of diverse and lauded work as a producer has set a precedent for his burgeoning super-stardom. He previously teamed up with Nigerian vocalist Kah-Lo on a range of fan-favourite hits including GRAMMY nominated ‘Rinse & Repeat’, ‘Fake ID’, ‘Up & Down’ and ‘Ginger’ – anthems that received a wealth of radio support from tastemakers around the world including the likes of Annie Mac at BBC Radio 1. He also co-produced on the Dua Lipa and Silk City single ‘Electricity’, a smash that went on to win the GRAMMY for ‘Best Dance Recording’ proving his ability to countlessly reinvent himself in an ever-growing crowded market.

Similarly talented behind the decks, Riton has performed at Tomorrowland, Ministry of Sound, Ushuaia Ibiza and Electric Brixton. A triumphant return for trailblazing Riton as ‘Friday’ is the latest release from a string of upcoming hits slated for 2021. Riton, Nightcrawlers, Mufasa & Hypeman are all due to appear in the official video which is set for release in February.