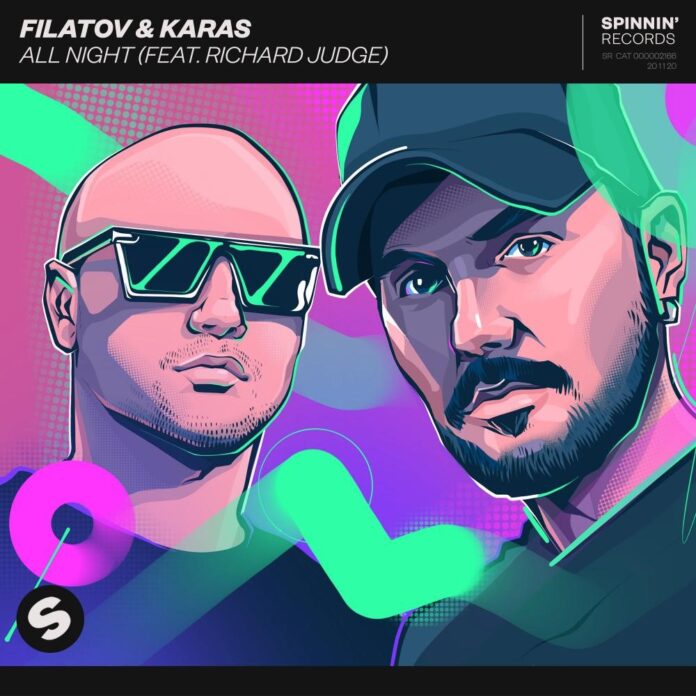 With decades of experience behind them, Filatov & Karas have proven themselves as one of dance music’s steady providers of unforgettable tunes. Five years ago this reached a milestone with their remix of ‘Don’t Be So Shy’ by French singer Imany – their version turned into a global hit, going #1 in 28 countries, counting hundreds of millions of streams by now.

Since then, the Moscow duo has always lived up to its reputation, providing the scene with striking tunes that bridge the gap between synth pop, deep house, and various electronic elements. It’s a unique sound, that’s not only brought them notoriety across the world, but also fame in their home country.

Last year also saw them reach #1 again in Russia (and Poland, for that matter) with their techno pop anthem ‘Au Au’, released on Spinnin’ imprint SOURCE. The guys returned to that label earlier this year for ‘Give It Away’, a collab with UK electro pop duo Deepest Blue – again going sky high with widespread radio/playlist support and millions of streams.

And now, they are back at Spinnin’ grounds again, this time releasing their new single on the Dutch company’s main label. ‘All Night’ is a true earworm, building on Richard Judge’s sultry vocals, supported by subtle electronic chords, jumpy rhythms and a steady deep house beat. The record reaches its apex with a swirling chorus that sees Judge’s vocal lines taken over by sound effects, while interluded by melodic delights, breathing classic pop as well as the best of vocal house music.

Audiences will definitely feel this one, as ‘All Night’ represents Filatov & Karas in ultimate shape. It’s a celebration of what happens in night time, but also an exercition in delivering the perfect pop hook. With two specialists behind the wheel, while featuring the skilled sounds of Richard Judge, this could very well turn into your favorite tune this year.

“This is a song about connection. Sometimes it’s undeniable, almost unexplainable. No matter how much you try to fight it. Written in London and brought to life in Moscow. It’s a pleasure to work on this record with the guys, Filatov & Karas.” – Richard Judge