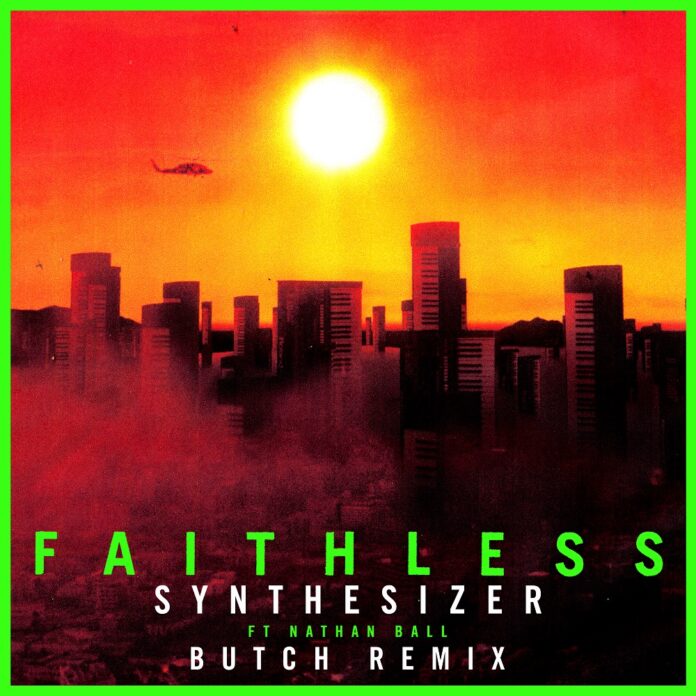 Butch cleverly blends breakbeats with growling percussion, beautifully layered with the heartfelt synths and Nathan Balls’ stirring vocal to deliver a powerful reworking.  ‘Synthesizer’ was the first single to be taken from the new Faithless album ‘All Blessed’, their first studio LP in 10 years, out now on BMG and winning rave reviews from press and fans alike. ‘All Blessed’ charted at No.6 in the Official Album Chart and No.1 in the Dance Album Chart and No.1 in the Independent Album Chart.

On Butch’s remix of ‘Synthesizer’ Faithless said: “Butch takes us on a brooding breaks-driven journey into the heart of ‘Synthesizer’s dystopian world. His pulsing sequenced keys building to an ecstatic 4-to-the-floor peak, before expansive lush pads transport us into the third dimension of pure emotion.”

In a history that stretches back some 25 years, Faithless have long occupied a pivotal position in the world of British electronica. Marrying elements of house, trip-hop, dub and a songwriting flair into arena-filling explosive, euphoric sounds. Their accomplishments tell their own story: seven Top 10 singles, six Top 10 albums (three at Number 1), a Mercury Prize nomination for their brilliant sophomore album, 1998’s ‘Sunday 8PM’ and their impressive four times Platinum certified ‘Forever Faithless – The Greatest Hits’ adding to a career total in excess of 15 million worldwide.

Faithless’ previous studio album ‘The Dance’ entered the charts in 2010 at Number 2. Their 2015 remix album ‘Faithless 2.0’ took them back to the top of the charts yet again with their friends the likes of Avicii, Claptone, Tiesto, Eric Prydz and Armin Van Buuren coming forward to offer fresh perspectives on their fan favourites, ‘We Come 1’, ‘Insomnia’, ‘God is a DJ’ and more. Collaborations have always the hallmark of Faithless’ career, working with Robert Smith of The Cure, Dido and Cat Power to name but a few.