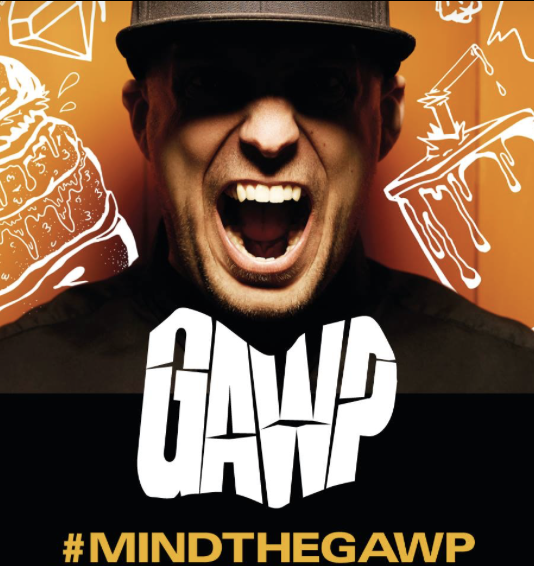 Oliver Portamento is no stranger to the music industry. After releasing music and touring under multiple different monikers, the artist known as GAWP is settling into his true personality. His tracks burst with technically precise production and a groove that is guaranteed to make you move. His dedication to music and a unique sound have not gone unnoticed. GAWP is one DJ MAG’s “Ones to Watch in 2018”. The U.K. based Bass Driven House producer’s portfolio also sports releases on some the biggest labels in the industry. His Clownbite EP on This Ain’t Bristol and the killer track ‘Prime Society‘ out on Dirtybird are two examples the ingenious production that is making waves in the  House scene. And as March 1st Portamento announced an ficial North American tour to bring his funky weird sound across the pond.

While GAWP is no stranger to club and festival lineups in Europe, this will be his first tour North America. The MIND THE GAWP tour kicks f with a stop at Venue 550 in San Francisco on March 10th. From there Portamento will travel around the continent, hitting venues in Seattle, Vegas and even Edmonton in Canada. But perhaps the most exciting date on the tour is GAWP’s inclusion at the This Ain’t Bristol showcase during the Winter Music Conference in Miami on March 22nd. Appearing alongside a slew industry favorites like Billy Kenny and Maximono, Portamento is set to make his North American tour a smashing hit.

“Finally, I am embarking on my North America debut trip. It’s been a long two years being locked in the studio creating visions this day, not to mention working on collaborations with some my favourite labels, artists and fans in that time.”

Now, it’s my chance to express my gratitude through music, not forgetting the buggy full stickers, hugs and hi fives. This is going to be a tour that hopefully many fans and especially myself will never forget. Musically and mentally I’m ready: expect plenty hypnotic twisted sounds and bass to shake your membrane.”

You can check the dates and locations for the MIND THE GAWP tour in the picture above. Right now there are only 8 ficial tour dates, but don’t worry. There are definitely several more events in the works so check back soon! Don’t forget to use the #MINDTHEGAWP hashtag to connect to everyone else who is excited about the tour. You can find tickets and updated information on the . And rumor has it that GAWP’s newest track ‘Coolade‘ is out March 12th on Dirtybird to help kick f his debut North America tour the right way!

Feel free to check out all GAWP’s music on or shoot him a message on or. You can also , ‘The Invisible Man‘ for FREE. In the mean time we’ve included ‘Prime Society’ and ‘Clownbite’ below for your listening pleasure. Leave us a message and let us know what your favorite GAWP song is and where you’ll be seeing him on his MIND THE GAWP tour North America.