Said The Sky, William Black return to Lowly for pop-punk blend with SayWeCanFly, ‘On My Own’
Skip to content Making it as a successful DJ is a tough gig. It takes commitment, passion and most of all, persistence. No one knows this better than London-based DJ/producer Kiwi (aka Alex Warren), he’s gone from booth sideliner to international selector in just two short years.

It’s thanks to his dogged determination that he’s managed to break away from the pack, coupled with a knack for crafting cuts that have usurped many of his more experienced contemporaries.

Captivated by the club scene from a young age, Warren maintains his first priority is simple: “I just want to make great records that will make kids dance,” he says.

It’s a refreshingly uncomplicated objective from someone so hell-bent on success — 2015 has seen Kiwi take the decks aside Duke Dumont and Boys Noize on the Amnesia terrace (twice!), spin b2b at Bestival with childhood hero Andrew Weatherall, plus nab a Best Of British nomination for his track, ‘Short Tail’.

When we meet over a plate of Turkish in London’s trendy Dalston (just down the road from blackened-wall rave cave The Nest, where Warren once worked), he’s quick to play us a few new tracks he’s been working on. With gigs galore and a new EP in the works, Warren seems quietly confident he can match 2015’s successes over the next twelves months, whilst we go back to the very beginning with the Birmingham boy who could…

Hey Kiwi, what’s the first festival you ever went to?
“It was BBC Radio 1’s Big Weekend and I was about 14. It was pre-EDM and Tiesto was playing and there were ravers everywhere. I thought it was the best thing in the world. Tiesto turned me on to raving [laughs].”

And then you wanted to be a DJ?
“No! Not at all. That came much later. I remember once joking with Erol (Alkan) about it, I was a photographer at his party Durrr at that time, and he said to me ‘I always wanted to be a photographer’ and I said, ‘Well, funnily enough, I was thinking about being a DJ, should we do a swap?’ And then after that, I thought maybe I could really do it — as a job.”

But you wanted to be an artist originally?
“Yeah, I did an art degree. I only did photos as a side-project really, and then I stopped because it was interfering with my fine art projects. I was making installations at the time, quiet anarchistic stuff [laughs]. I started doing music because it was fun and it was just about making people dance, there was less pretence about it.”

So you got your start working for famous club-nights like Trash, Durrr and later at The Nest…
“Yeah, I started working at a club called Smash ‘N Grab originally. It was every Thursday — kind of the place to be in the West End, I guess in 2008. It kind of snowballed from there in terms of the club work. I was already in a little cool kid scene where we’d all go out and get dressed up, be really camp and silly — just have fun. I used to love partying in the gay scene, I found it really fascinating. I don’t do that so much anymore, I still go to Horse Meat Disco on a Sunday regularly though.” 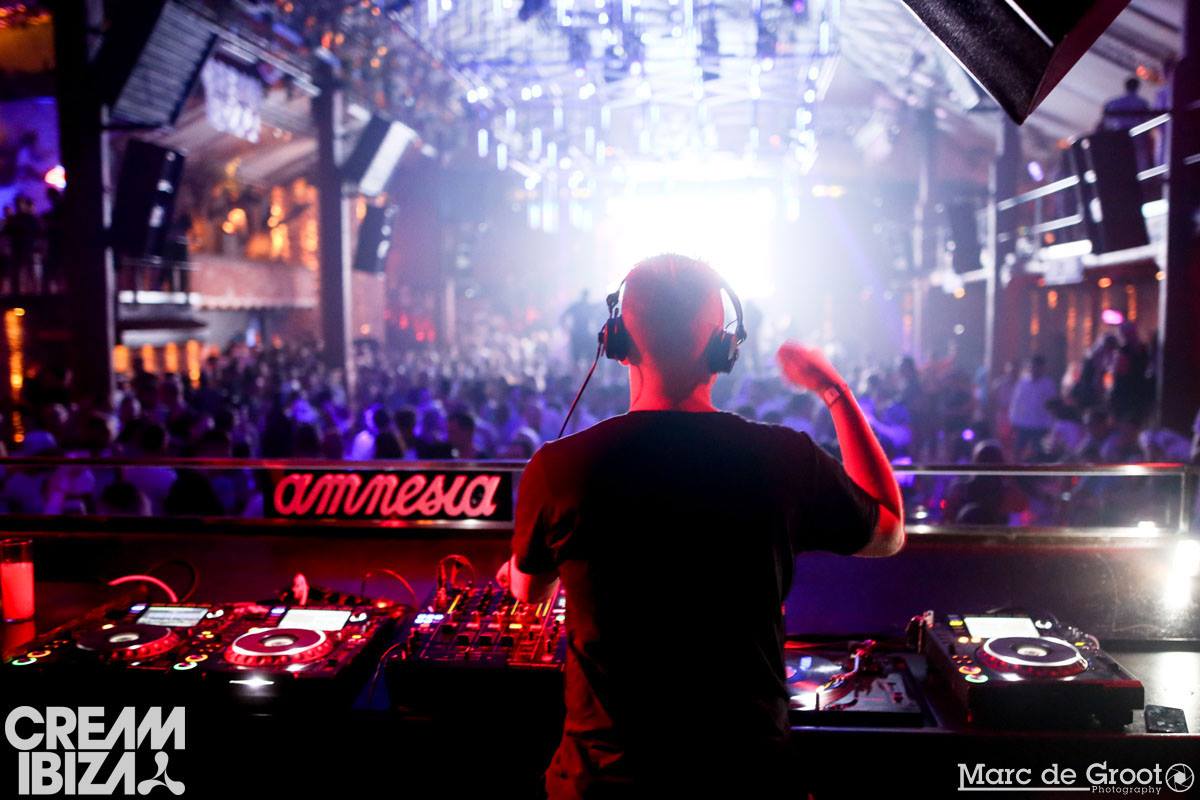 Do you think being in this ‘in-crowd’ helped you launch your DJ career?
“I guess knowing all those people helped to an extent. I remember when I met Erol (Alkan) I saw it as a big deal, but I also saw him as a mate, you know? I definitely put him on a bit of a pedestal, I think. (His wife) Chandra was the one that actually gave me the job at Durrr though, Rory (Phillips) was too busy to help out anymore so I took over. And then when The End sadly closed, I ended up taking on Durrr as a promoter night, because I’d launched my own club-nights by then.”

Did that inspire you to run your own nights: Orlando Boom and Kate Boss…
“Well, I started my own night because I saw a gap in the market for what they were doing at Durrr — for another rave, basically. I was bored and I wasn’t going out every Monday anymore, I wanted something to do. So I started Orlando Boom, which has been running ever since, coming up to eight years now. When I launched Boom, I started booking myself and then people started booking me off the back of that. I just loved DJing and I just wanted to do it. Literally, all the time. And when I started at managing The Nest I realised that I wanted to do it as my career.”

When did you start making music?
“Well, I’d been trying to make music, really badly around that time on Ableton. But that wasn’t really working out for me. I was trying all sorts of things and struggling. I’m really ADHD, so if I don’t get a result relatively quickly I find it hard to stick with it. I end up getting bored of it and hating it. But I also knew that if I wanted to be a DJ in this day and age, I needed to make my own music.”

You collaborated on your first official record?
“With Joe Ashworth, yes. That really worked and we started working together. He started engineering for me. That’s when I left The Nest.”

You DJ’d first, learnt to produce second? Usually it’s the other way round…
“Joe can create the sounds that I want much faster than I can, even though I know how to make them. It keeps me excited, engaged, and I’m still learning the mechanics behind the production. I could do it on my own, but the combination of Joe and I creates a fast result — I’m not very patient [Laughs]. Joe is also technically a genius, but creatively they are 100% my records. He’d standby that and I’d standby that.”

What are your thoughts on ghost production?
“I think there’s definitely different skill-sets, one is a DJ and one is a producer. I’m definitely a DJ at heart, but I also produce my own music. My ear is that of a DJ. But being a good DJ doesn’t necessarily translate well online, so I see why people turn to ghost producers. The problem is if you have one, you have no creative input into what you’re making. Who wants to put something out there that doesn’t represent them at all? It’s a bit sad, I think.”

Do you still like all the music you’ve made?
“’The Mara’ was my first big record, and now it drives me mad [Laughs]. I have some music I’ve made that I still love and play, but that probably isn’t one of them though. I still play ‘Llama’ — I love that record. ‘The Mara’ is a big, abrasive club record. It’s hooky, gets stuck in your head. That’s probably why it was successful, if I’m honest.”

Do you learn something new from every record you make?
“I just wanted to make great records to dance to. Sounds simple, but it’s true. I’d be lying if I said I’d never thought to myself, ‘I could see this played on the radio’ or whatever, but I definitely don’t set out with that goal. I’m working with vocals now, which I haven’t done in the past. I’m trying to raise the profile of the records I’m making, I want to keep getting better.” 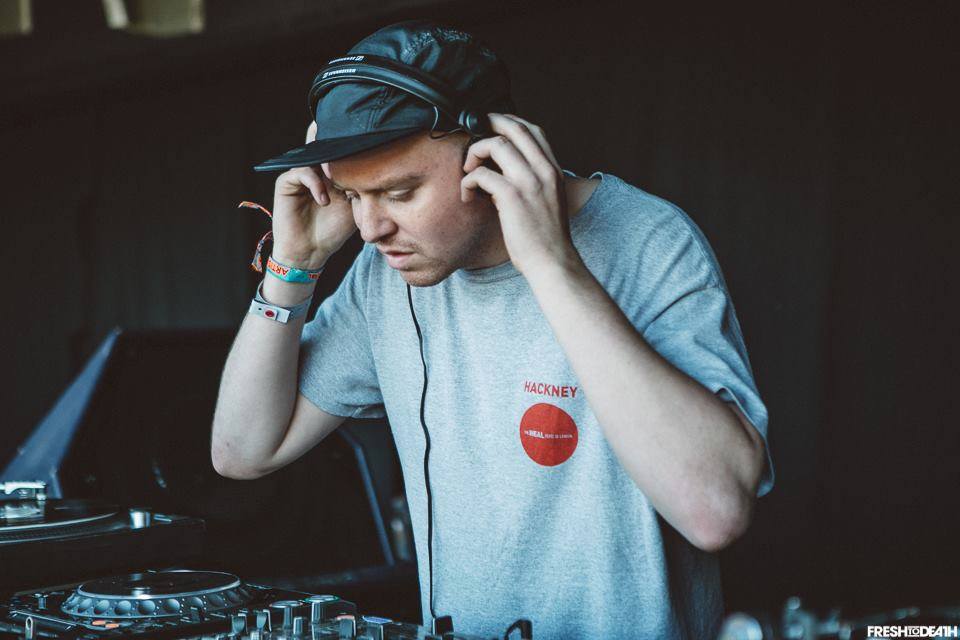 But you want to sell records, surely?
“Who makes money from records [laughs]. I want to make great records to raise my profile, to get better gigs, to play alongside my heroes. I’ve never really made any money from selling records, it’s not really a priority for me.”

You’ve done some amazing gigs this year, highlights?
“Bestival back-to-back with Andrew Weatherall. It was an Annie Mac Presents stage which was based on a concept of legends and newcomers — they just paired me up with Weatherall. He’s supported my career from the really early stages, it was great. I also played the terrace in Amnesia twice this season.”

Nervous?
“Weirdly no. It’s just totally exciting. Another room with loads of kids that want to dance. There’s nothing better. I even played some trance records [Laughs]. Few wildcards.”

DJ kit talk time, what are you using?
“Fuck laptops in the DJ booth, they mess up. I use USBs and vinyl. I like to play vinyl when I can, depends what mood I’m in. I love vinyl because I hate listening to and buying music online — I’ve given up doing that completely now. I buy all my music in record shops, so I spend a day a week record digging. It’s not for show or because it’s perceived as cool, it’s because I find I get better music that way.”

Is it true you don’t listen to dance music at home?
“Yes, I don’t listen to house or techno at home. Maybe some disco, or soul, or Balearic stuff that I might play in a club. But your lounge isn’t really the right environment for club music, in my opinion. I’d rather listen to some nice, chilled-out emotive music.”

It might surprise people that you specialise in disco, but your productions are mostly techno…
“Well, I really believe in cross-pollination between genres in dance music. That’s what keeps it interesting. I saw Maurice Faulton play techno straight into disco on vinyl recently, back and forth the whole time — it was amazing. And exciting!”

That kind of crossing of genres is very obvious in your ‘Animals EP’, did you mix genres on purpose?
“Well, ‘Atlanticus’ was first. I think Dan Avery first played that about three years ago but I didn’t ever sign it. The rest didn’t happen at the same time, I usually sit on things for a while. I just thought the four tracks fitted nicely together, there’s a house one, techno one, more Balearic influenced parts. They’re not the same genre at all but I think they work together as a piece of music. Though I’m not sure everyone would agree [laughs].”

And finally, how much do other people’s opinions matter to you?
“A lot! Of course I really care what people think of my music. People’s reactions to my tunes on the dancefloor are the most important, though — making kids dance is what it’s about!”

Kiwi’s ‘Animal EP’ is out now on Blasé Boys Club.