Slovenian born and Brooklyn based DJ, Producer, label boss, and crypto-maniac Denis Jašarević, otherwise known as Gramatik, has just begun the North American leg his Re:Coil Tour. After completing the European leg the tour prior to the New Year, Gramatik kicked f the North American side things for a special New Year’s Eve event in New York City. He resumed the run two nights ago in Detroit, played the Aragon Ballroom in Chicago last night, and will be playing an unficial Super Bowl Pregame show at Skyway Theatre in Minneapolis tonight.

Gramatik dropped his 6-track EP  back in October, 2017, while his European tour was just getting started. The first half the tour coincided with the release his personal crypto-token GRMTK, which he launched on November 9th in Zurich, ficially becoming the world’s first tokenized artist. During the European leg, fans were treated to Gramatik’s upgraded Re:Coil stage production that he debuted last summer at Red Rocks, featuring a cylindrical DJ booth surrounded by a variety strategically placed LEDs; the stage design is inspired by the electrical resonant transformer circuit designed by inventor, mechanical engineer and physicist Nikola Tesla. You can read a recap his Red Rocks show from our friends over at , who provided a very well written description about the inspiration behind the original 2016 “Coil,” updated “Re:Coil” stage design, and how it represents a commentary on today’s political climate. 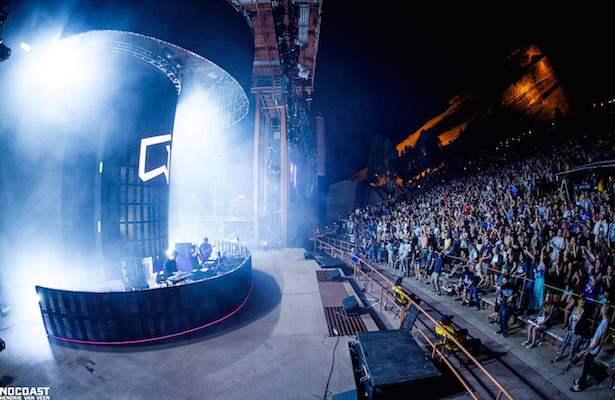 For this tour, Gramatik has invited an eclectic collection producers and instrumentalists to take the stage before him. Producer, trumpet player, recent Lowtemp Records signee and ethnomusicologist Will Magid will open up many stops on the tour, playing under his newly rebranded moniker Balkan Bump, which is inspired by musical sounds from every continent. Meanwhile, Møme and exceptional keyboardist Haywyre will also join in on the fun at select stops on the tour.

You can check out all the Re:Coil tour dates below, and head to the link above to purchase tickets for any the remaining shows taking place between February and April. 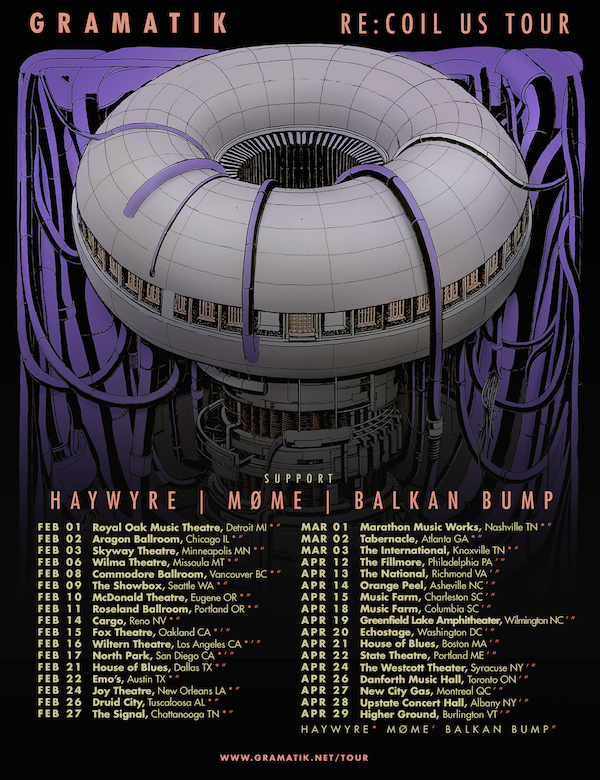