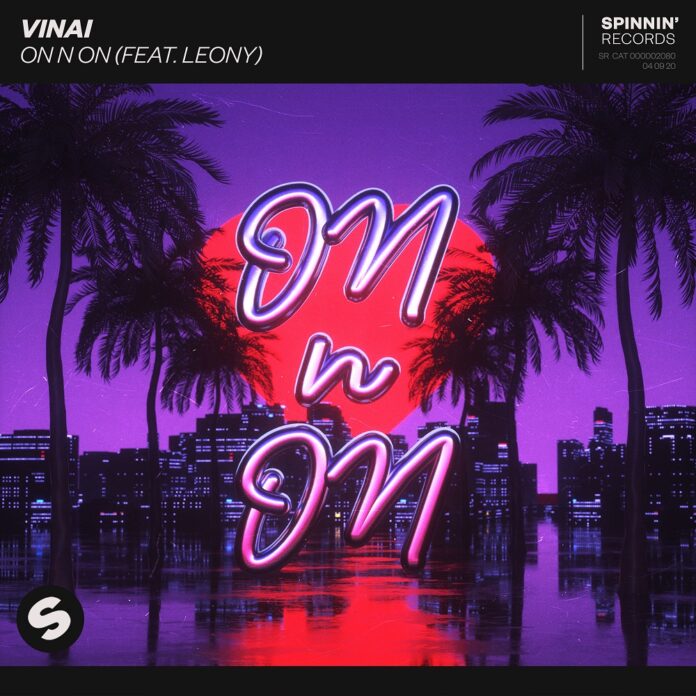 VINAI is renowned for dropping refined dance gems, filled with infectious rhythms and strong melodic hooks, and ‘On N On’ is the perfect blend of their distinct sound. It’s an upbeat vibe, best expressed in the track’s chorus, a singalong vocal line that seems made to turn up every crowd. Innovative stuff that built to wow festivals and radio airwaves all over the world as it’s officially out now.

“We are very proud to present to everybody our new song ‘On n on’, we worked very hard on this and we really hope that all of our fans will love it as much as we do :)” – VINAI explains

Artist info
Since entering the scene in 2011 they kept on reaching new heights with every release, scoring major festival hits with tracks like ‘Raveology’ (together with DVBBS), ‘Bounce Generation’ (with TJR), ‘How We Party’ (with R3hab), ‘Louder’ (with Dimitri Vegas & Like Mike) and loads more crowdpleasers.

For years in a row, every season VINAI seems to deliver the right soundtrack with massively supported tracks. Their ‘big room bounce’ sound works wonders at the world’s mainstages, so every release is met with high anticipation. The guys released their music on their own Zerothirty label as well as undertook a major collab with Hardwell, back in 2018, resulting in the huge hit ‘Out Of This Town’. Recently, they returned to Spinnin’ Record, as they released the much anticipated single ‘Rise Up’. Yes, VINAI is going stronger than ever, let’s escape to a world of dance ecstasy.