This is the best one yet. After a single start-to-finish listen, we are convinced. ‘Anjunadeep 07’ is, unequivocally, the label’s finest compilation to date. James Grant and Jody Wisternoff echo our impassioned sentiment during a phone call with 5,000 miles between us: it is special to them, too. Despite the distance and unavoidable static, that strong feeling is as palpable as the music itself.

“I put out a tweet that said, ‘Every year I say this, but this one really is my favorite so far. It’s exactly where I hoped the label would be,’” James recalls. His smile on the other end of the phone is audible. For Anjunadeep’s label boss, it doesn’t get much more rewarding than that. “You hope that you’ll be able to find the music that fits the vision that you have. In this instance, it took us a long time but we really did it.”

James Grant and Jody Wisternoff are the mix masters and curators behind the evocative compilation, industry veterans who possess different skillsets when it comes to creative execution but who benefit from one another’s strengths. Jody, one half of Way Out West, the progressive duo that provided many a ‘90s ravers with feel-good music memories — brilliantly resurrected on ‘Anjunadeep 07’ after a 5-year hiatus — brings his production prowess to the A&R process. James adds his ear for what sounds best, listening for the future; a sense that was honed while growing up in a musical household with a grandmother who taught piano and brother Jono Grant, one-third of iconic band Above & Beyond, sharing the same passion for dance music.

“After all those years with Jono, Paavo and Tony [of Above & Beyond], and collaborating with people like Jody, I’d like to think I have a reasonable ear for music even though I don’t play any instruments,” James laughs. He wryly recalls spending his days growing up outdoors training to be a professional footballer, deliberately forgetting his recorder at school, while Jono practiced piano upstairs.

Thankfully, the football world’s loss is the music world’s gain. James is responsible for driving the label and its ever-evolving sound since its inception nearly 10 years ago. “I kind of rely on getting together with talented producers like Jody when it comes to being in the studio, creating things,” he explains. “But I suppose this album is a twofold process; there’s music production, what we’ve created specially for the compilation, and then there’s the A&R search that takes over a year, where we set out to find the very best, finest new music for the label.” 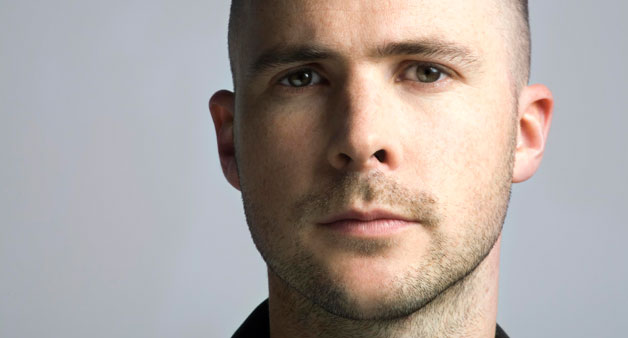 Anjunadeep’s A&R methodology is a unique one in the world of dance music record labels and results in the distinct, recognizable sound not just in their annual compilations, but across all releases. Jody points out that he and James, along with a small core group at Anjunadeep, are heavily involved with each track that is signed. They listen for potential, rather than immediately accepting or dismissing a record. They work closely with artists to refine elements of sound and arrangement to make a record fit if it possesses that elusive, “memorable” quality that they so covet. “If there’s a track that isn’t quite right, we’ll get stems and we’ll do an edit which may become an actual remix,” Jody says. “I think a lot of labels when it comes to A&R are either yes or no with tracks … they perhaps won’t see the big picture and think that actually, this could work if something was changed.”

It’s not just the hands-on nature of their work with artists or the relentless, yearlong process involved in curating, refining and mixing the compilation that makes it so special. As with any work of art, the final product reflects deeply personal moments experienced by its creators throughout its genesis. For James, it was a difficult year. He lost his beloved sister Charlotte suddenly in March. While the magnitude of grief that accompanies such a loss can only be imagined, the beauty of music lies in its ability to elicit empathy. As such, the album is deeply emotive, imparting an overwhelming sense of love mixed with raw melancholy. Yet, there is comfort amidst the sadness as the compilation moves listeners through a range of feelings, culminating in the gentle, uplifting breakbeats of the Global Communication remix of Dusky’s ‘Skin Deep’ at its close.

“I think I was particularly open to really filling the record with a lot of emotion,” James says, citing the second song on disc two, ‘Brun’ by Ryan Davis, as especially moving. “That track literally brings a tear to my eye every time I hear it. I don’t think it’s only connected to my sister — it’s a beautiful piece of music. But it just gets me … every time I hear it.”

A testament to the wide range of emotion contained within ‘Anjunadeep 07’, Jody’s favorite track, ‘Know Me’ by Meramek, sits on the opposite end of the spectrum. “It’s such a ridiculously rude bassline. It kind of shows the more angry side of Anjunadeep,” Jody laughs. “It’s not beautiful, it’s not melodic, it’s not emotional. It’s just a ripper. It kind of goes against the personality of the label a bit but you can still pull it off.” 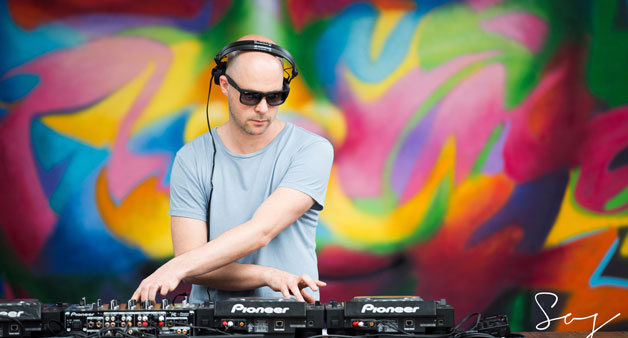 That personality is largely defined by melody. Melody is the single most important thing, the common denominator that threads together all of Anjunadeep’s releases over the past decade, despite distinct shifts in bpm and sonic trends. “Music goes in cycles but quite often people just seem to be afraid of beautiful melodies,” James laments. “Why? Melody is the thing that actually MOVES people. We’ve never been afraid of that. There’s always been that melodic element there in what we do; soul, emotion, melody.”

There is soul, emotion and melody of all varieties woven into the album, from the lulling harmonies in 16 Bit Lolita’s ‘Love Left’ to the haunting strings in Matthias Vogt’s ‘Seven Summits’ that are redolent of some unspoken loss. ‘Tuesday Maybe’ pulls at heartstrings with its soaring, wistful melody in Jody Wisternoff and Nick Warren’s brilliant revival of their collaborative moniker, Way Out West. There are heavier tracks playable in a peak-hour set, like Jody’s favorite by Meramek, and there are moments of delight, like those found in Martin Roth’s ‘Have You Ever’. Backed by an upbeat, organ-laced groove, the track bubbles over with a sense of wonder thanks to a vocal sample of a child’s voice earnestly asking us all, “Have you ever had a dream that you could do so much, that you could do anything?”

That question is a perfect reflection of the thing that defines what Anjunadeep seeks, in this compilation and beyond. As Jody tells us, shouting over the roar of a helicopter as he hurries through the streets of London: “It’s magic, really. A little bit of something magical that stands out and triggers your imagination.”